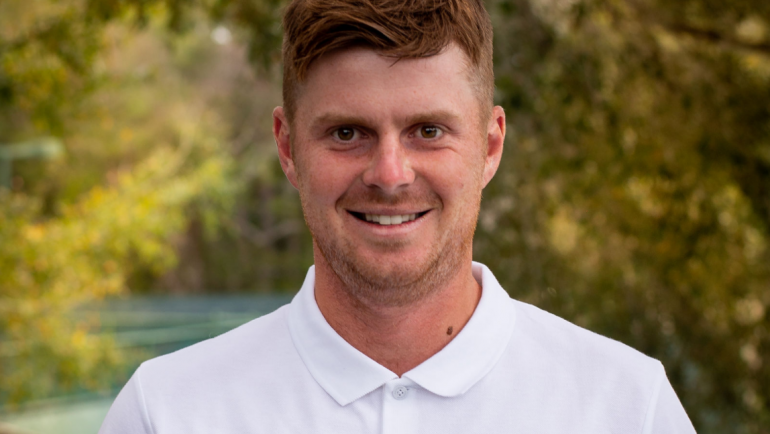 Adam Drysdale is originally from Winchester, England. His grandparents, mom, dad, cousins, aunt, uncle and brother all played tennis, so it was only natural he started playing as well. At age thirteen he started competing in England where he was named the #4 player in the UK in the under 18s division. He was then recruited to play for the University of West Alabama men’s tennis team where he played #1 doubles and #1-3 singles. At the University of West Alabama he was ranked top 25 in the nation in doubles and the team overall was ranked top 10 in the nation. Upon graduating, he moved to Pensacola where he became the University of West Florida women's tennis coach for 4 seasons (2017-2020). There he coached alongside Brett Beattie where he had a record breaking season in 2018 with a 31-4 record and an appearance at the national championship where the team earned a runner up title. On that team was our very own, Lais Bicca. Additionally, he coached 3 top ten singles players including the #1 ranked player in division 2, Berta Bonardi, who won back to back national championships in 2018 and 2019. He also coached 2 top 5 doubles players at UWF. After coaching at UWF, he spent a year as the Director of High Performance Tennis at King Daddy Sports in Houston. It was during that time that he realized his true passion was teaching and managing a tennis club and knew he needed to make a change. That’s when Emerald Coast Tennis came to be! Drysdale loves to play tennis, cook and travel.