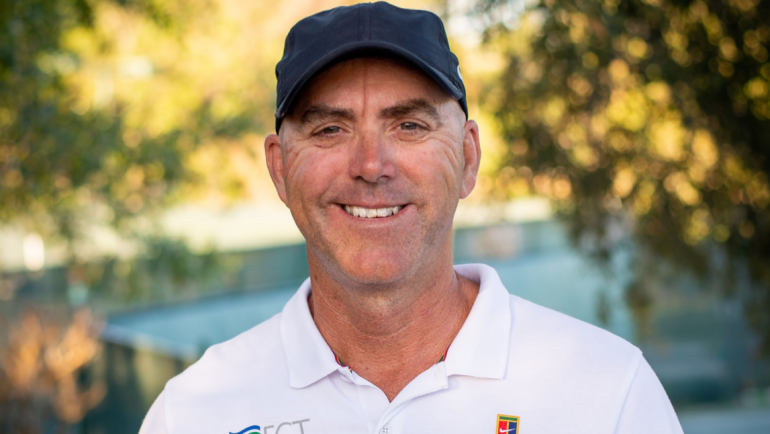 Brett Beattie groomed Wil Spencer, the best male player the Emerald Coast has ever seen after five pro titles, a No. 1 national junior ranking and a No. 3 NCAA Division I ranking. He was the private coach for the entire Niceville girls varsity team leading up its state title run in 2014, his Emerald Coast Tennis academy laying the foundation for the program's first championship. He helped guide the 2017 UWF women's tennis team to a 31-4 season, the most wins in Argo history en route to a national title appearance.

Put simply, no other tennis professional on the Emerald Coast has a more decorated résumé than Beattie, who was named Panhandle Pro of the Year in 2015 and has taught the game for 36 years with his infectious energy and sunny outlook. As one of his prodigies once said before departing on a college scholarship: "He’s got a wealth of knowledge, years of experience, everything a great coach needs." And Beattie, who was once a top-10 18s player in Florida before securing a scholarship to USF, loves to coach every level — from juniors to high school, from college to the pros, from first-timers to ladies groups. More importantly, he can connect with any talent level — making the mundane fun and the game's techniques applicable to competition.

"One thing I really like about Brett is he’s really enthusiastic ,” said a former state champion of his. “Some coaches are all work and no play, but coach has a good balance. He’s really good at making us focus and he’s good at introducing strategies. A lot of coaches focus strictly on technique and how to make the shot detailed and better. He kind of focuses more on applying the things you learn in lessons to a real match situation. I love that.”

As for his love for the area, Beattie moved to Bluewater Bay in 2005 alongside his wife, Kara, and son, Grant, and immediately adopted his famous "teach or beach" mantra. After four years of working with the award-winning Sandestin Golf and Beach Resort tennis program, Beattie started Emerald Coast Tennis Management in 2009 because he wanted to become a part of the Niceville community.