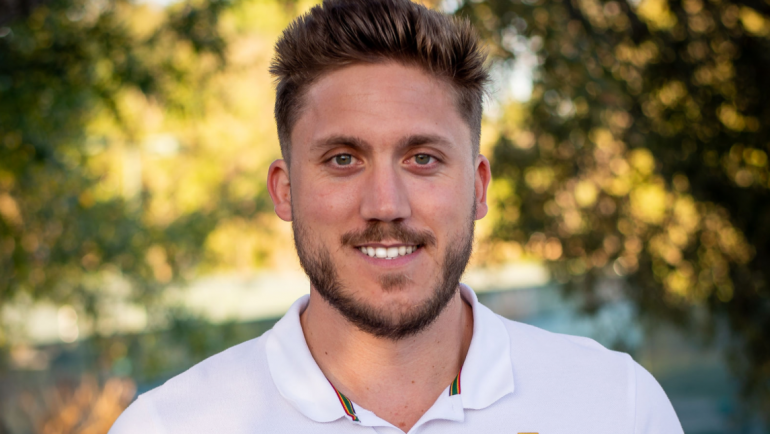 Honorio Fernandez, also known as Spain, is originally from Granada, a beautiful city in the south of Spain. He was born into a tennis family where his mom, dad and uncles played almost everyday, which helped him develop a strong passion for the sport at an early age. He started playing tournaments at the age of 11 and coached his first lesson at the age of 15. Spain was recruited to play tennis for the University of West Alabama where he played all 4 years. At the University of West Alabama is where he met his best friend Adam Drysdale, one of our directors, and his beautiful wife Chloe. After graduation, Spain coached at numerous clubs and academies from Mississippi to Atlanta to Detroit. He loves coaching all ages and levels from young beginners and advanced juniors to adults. He enjoys learning from each of his players and even more seeing them progress both on and off the court. Honorio loves to spend time on the water paddle boarding and hanging out with his friends and wife.